Some marriages are possibly made in heaven, but the bulk of them happen here on our familiar terra firma. They are heir to the usual frailties of the flesh and whims of the mind and tend to come unstuck with time.

Human nature. Timely counselling at this point can save a marriage. Can even enhance it, by imparting to it that magic glue that can hold it together forever.

Very conflicting views on marriage prevail. There are those who believe, particularly in older cultures, that marriage is a sacred bond, to be severed only by death. This is an extreme view: but by no means uncommon. The other extreme view is the exact opposite of this.

It holds that there is nothing sacrosanct about wedding vows, and they can be broken at the first sign of inconvenience in the relationship. Both the utopian and the rabidly cynical views are extreme. The majority belief lies somewhere between the two.

Great minds on the institution of marriage:

Oscar Wilde, another great Irish playwright and wit, also had a few scathing things to say about the institution of marriage. Quite a few in fact.

He says, tongue in cheek obviously, how it is dangerous for husbands to show affection in public to their wives. As many would suspect that this could be overcompensation for beating her in private. He adds that anything that looked like a happy marriage was the subject of much curiosity and disbelief.

Much of this may have been public posturing, and the temptation to get in the bon mot on a perennially hot button issue like marriage. Both Shaw and Wilde married, for love, and were devoted to their wives.

Does love conquer all?

Love is the ultimate glue, but it doesn’t conquer everything in its path. Many marriages are plagued by day-to-day irritants arising out of

1- financial problems if you are in a lower income bracket

2- social pressures if you are in an interfaith marriage

These are common run-of-the-mill pressures that affect many marriages. The fallout could range from

A- withdrawal from each other

B- harbouring contempt for each other.

Then there are much more serious issues like infidelity, drugs and abuse. These are more intractable issues beyond the scope of plain vanilla counselling. They require sustained psychoanalytical therapy over a period.

In this blog, we will confine ourselves to the more mundane problems that couples face because these are the ones that affect most couples.

Very rarely are they intractable hurdles. With effort from the partners themselves and timely advice from professional counsellors, the rot can be nipped in the bud. Much of the misunderstanding could be on account of faulty communication. Counselling would fix that soon.

It is important to seek help while there is time. You cannot do it yourself every time: professional advice can make a world of difference. Some misunderstandings, left to fester, could snowball into full-fledged grounds for divorce. It is best to stem the rot early. 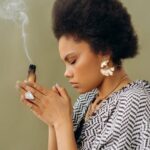 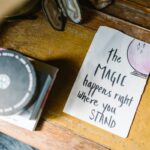 Numerology: Discover the magic of numbers!