Being a mother is a major undertaking that comes with challenges and fond memories, alike. The struggle for single mothers is even more heightened, with the stigma that seems to surround it. From having to don many hats in the house to making the ends meet, single moms have much to face.

Despite all the challenges, single mothers are tough and don’t shy away from their responsibility, becoming an inspiration for their children and those around them. On that note, let us quickly look at some of the common struggles that a single mother encounters.

A big struggle of being a single mom, especially after divorce, is the custody arrangement. Mothers have to cope with the court decisions on custody and adjust their schedules according to the availability of the father. Not knowing what happens when the kid visits the father’s house adds to the pile of worries.

There is also the fear of being replaced by the father’s new partner. Single moms have to brave through all these insecurities to give their children a happy childhood.

While some single moms get some financial support from the father, many struggles to make the ends meet on their own. These mothers have to work day and night, sometimes multiple jobs to pay the rent, school fees, bills, and other expenses.

Most times, moms have to sacrifice their needs or push them to the back burner to ensure there’s food on the table and that their child has a happy childhood. This is why children who grew up in single mom households become adults who appreciate hard work and understand the importance of money.

The world has become more liberal. However, single moms still face stigma and disparity. They are either shamed for not being involved enough because of challenging work hours or for being sexually promiscuous.

No matter what they do, society seems to have some problem with whatever a single mother does. However, after having faced this for some time, these women grow resilient and strong, inspiring their children to be as tough. Go, single moms!

If there is any particular emotion that most single mothers experience is guilt. Women who have separated from their husbands often feel bad for having taken away a family experience from their kids.

They also feel guilty about not spending enough time with their children due to crazy work schedules. Things get complicated when they start dating again and the associated problems crop up. It’s safe to say, single moms are superheroes for dealing with all the guilt and surviving. Kudos to their bravery!

5. Managing all the stress

As mentioned before, motherhood is a stressful undertaking even with a partner by your side. From dealing with tantrums to balancing between work and life, single moms have it significantly worse. The result is often treating oneself as a second-class citizen.

Mothers, especially single mothers, need to indulge in a healthy dose of self-care and love. Single moms who have found the perfect balance between work, children, and personal space are no lesser than magicians.

6. Not getting a wink of sleep

Nighttime is when single mothers take care of all the chores they couldn’t do during their work hours. Since they take care of everything, single moms tend to overwork themselves to cross off everything on their to-do list. However, doing so can lead to several health issues.

That said, this phase is not permanent in the lives of most single moms. Many women learn, in the early days of single motherhood, how taking care of themselves first is the kindest thing they can do for their children. By doing so, they set an example for their children. 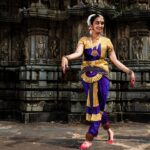 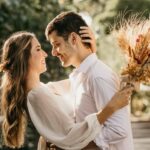